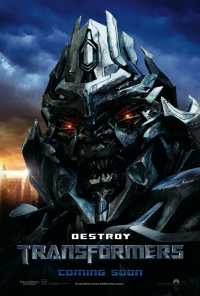 Thousands of years ago, the planet Cybertron was consumed by a civil war between the two Transformer factions, the Autobots led by Optimus Prime and the Decepticons led by Megatron. The Autobots want to find the All Spark, the source of all Cybertronian life, so they can use it to rebuild Cybertron and end the war between the Autobots and the Decepticons, while the Decepticons want to use it to defeat the Autobots and conquer the universe. Megatron found the All Spark on Earth, but crash-landed in the Arctic Circle and was frozen in the ice. Captain Archibald Witwicky and his crew of explorers stumbled upon Megatron’s body in 1897. Captain Witwicky accidentally activated Megatron’s navigational system and his eye glasses were imprinted with the coordinates of the All Spark’s location. Sector 7, a secret United States government organization, discovered the All Spark in the Colorado river and built the Hoover Dam around it to mask its energy emissions. The still-frozen Megatron was moved into this facility and was reverse engineered to advance human technology.

In the present, the rest of the Decepticons—Blackout, Scorponok, Frenzy, Barricade, Starscream, Devastator and Bonecrusher—have landed on Earth and assumed the disguise of Earth vehicles. Blackout and Scorponok attack the U.S. SOCCENT FWD military base in Qatar and try to hack into the U.S. military network to find the location of Megatron and the All Spark. Their mission is thwarted when the base staff severs the network cable connections. While Blackout destroys the rest of the base, Scorponok chases a small group of survivors who have photographic evidence of the robots, but he is eventually repelled. During this battle, the military discovers its only effective weapons against the Transformers’ armor are high-heat sabot rounds.