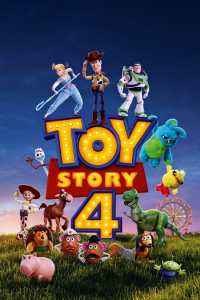 Woody (Tom Hanks) is struggling to adjust to his new position in Bonnie’s toybox. He’s no longer in charge, and is getting left in the cupboard with increasing regularity. But when Bonnie creates her own toy, Forky (Tony Hale), Woody finds new purpose: teach the confused newborn the ways of toys. One that is complicated when, during a road-trip, the pair get separated from the rest of the gang.

Fourth instalments have never been easy. The likes of Rocky IV and Star Trek IV: The Voyage Home are easily outnumbered by such fourquel farragoes as Superman: The Quest For Peace, Batman & Robin and Jaws: The Revenge. These days, it is a brave studio that ventures into post-trilogy territory without a Harry Potter-style series blueprint. But Pixar, as we well know, is one of the bravest. It can afford to be, with a 15-out-of-15-star trilogy like Toy Story in its Hall Of Fame.

Nine years ago, after Woody, Buzz and their landfill-avoiding friends were bequeathed by a college-age Andy to the young Bonnie, it appeared their story had definitively ended. They’d let Andy go. Toy Story 3 was a fitting and deeply touching farewell. So you’d hope Pixar has a very good (narrative) reason to unpack these characters once more.

In truth, Toy Story 4 doesn’t feel quite as coherent or emotionally compelling as the previous three. Where Toy Stories 2 and 3 were perfectly cut jigsaw pieces that completed a bigger picture we never previously realised was there, _4_ feels distinct; less an essential new chapter than an interesting epilogue.