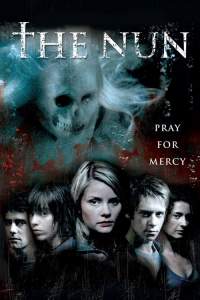 An insane nun terrorizes her students. One of the girls named Mary is discovered to have been impregnated by an important official at the school. The malicious nun, Sister Ursula, discovers her secret and tries to force an abortion on her with a bathroom appliance. Mary’s friends hear her screaming and attack the Nun, forcing her to release Mary and causing her to bump her head and fall into a bathtub filled with water.

The girls leave Sister Ursula in a pond blessed by priests. They swear an oath of secrecy, and the Spanish Authorities of Barcelona simply report the Sister missing. Eighteen years later, the pond is drained. The vengeful soul of the nun is freed from her watery prison, and leaves to wreak havoc on the girls who were her mortal downfall.

A young girl, Eve, goes to the boarding school, after her mother, Mary, is murdered, to find out what is going on. There, she meets the other survivors, and together with her friends, they defend themselves from Ursula’s spirit whilst desperately trying to figure out how to banish the nun once and for all.

Eve had arrived home to see an apparition slitting her mother’s throat. She joins with an old friend of her mother’s for an investigation. After Joanna’s death in London, Christy, along with all the other girls involved in the Ursula incident, suspect that it has something to do with the murder they had committed years earlier. Christy plans to tell Eve everything, but is killed in an elevator before she can.