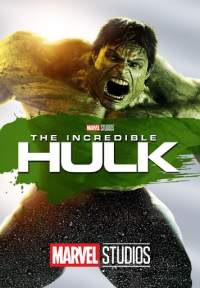 Louis Leterrier’s The Incredible Hulk is not a sequel to Ang Lee’s 2003 Hulk, but it could easily be mistaken for one. After a few minutes of expository flashback, the new movie begins pretty much where the earlier one ended, with scientist Bruce Banner (Edward Norton) hiding out in South America after having suffered a massive radioactive accident that causes him now and then to transform into a decidedly unjolly green giant and break lots of things. The primary cast, too, is the same: Banner, his brunette semi-girlfriend Betty Ross (Liv Tyler), and her gruff, antagonistic father (William Hurt, sporting the exact silver brush cut and moustache that Sam Elliott wore the last time around), who also just happens to be the general in charge of tracking the Hulk down.

But if Lee’s Hulk was an occasionally stylish but rather self-serious intergenerational melodrama, a superhero flick crossed with The Prince of Tides (right down to the inclusion of Nick Nolte), the reboot by Leterrier is an unapologetic actioner, a superhero flick crossed with The Bourne Identity with a dash of King Kong thrown in. As is often the case with such reinventions, this is both a good and a bad thing.