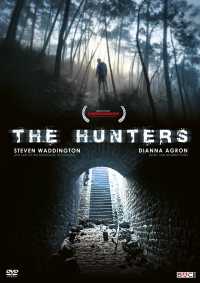 The Hunters is a 2013 science fiction adventure telefilm starring Robbie Amell and Alexa Vega that was produced by Walden Media. It debuted on the Hallmark Channel on October 25, 2013. The film is based on the graphic novel Mirror Mirror by Joshua Williamson and directed by Nisha Ganatra with a script written by Matthew Huffman and Jeffrey Alan Schechter. Carter (Dan Payne) and Jordyn Flynn (Michelle Forbes) aren’t the average mother and father. For them, a typical workday can take place anywhere in the world, raiding ornate museums and evading pursuing authorities as Hunters, protectors of powerful fairytale artifacts that are anything but make-believe. While the Flynns take their jobs seriously, they’re just as concerned about the welfare of their two sons, 21-year-old Paxton (Robbie Amell) and 16-year-old Tripp (Keenan Tracey), who are unaware of their parents’ true line of work.