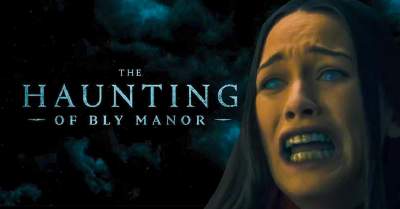 The Haunting of Bly Manor is an American supernatural horror drama television series, created by Mike Flanagan for Netflix, and loosely based on Henry James’s work, particularly his 1898 novella The Turn of the Screw. It is the follow-up series to The Haunting of Hill House and the second entry in The Haunting anthology series. The creative team and much of the cast of Hill House returned for Bly Manor, but the two series’ narratives are not connected. The Haunting of Bly Manor premiered on Netflix on October 9, 2020. Victoria Pedretti, Oliver Jackson-Cohen, Henry Thomas, Kate Siegel, Carla Gugino, and Catherine Parker return as part of the cast for the second series, portraying different characters.

“The story tells of a young governess hired by a man to look after his niece and nephew at the family country house after they fall into his care. Arriving at the Bly estate, she begins to see apparitions that proceed to haunt the premises.