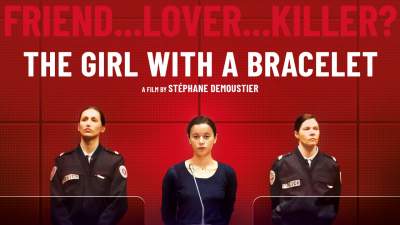 Some foreign-language films arrive on the festival circuit so primed and ready for remake treatment that you practically expect a teaser trailer in the closing credits. Such was the case with last year’s “The Accused (Acusada),” an engrossing Argentine courtroom drama just classy enough to secure a Venice competition berth,

and just lurid enough to get populist-minded producers twitching. Sure enough, less than a year after Gonzalo Tobal’s film premiered on the Lido, along comes a new, relocated version: The surprise, however, is that France has beaten Hollywood to the punch. Adapted and directed with taste and tact by Stéphane Demoustier,

The Girl With a Bracelet” retains many of the merits of its source, similarly building an old-fashioned did-she-or-didn’t-she mystery — revolving around a teenage girl on trial for murdering her best friend — into a more probing, ambiguity-laced psychological profile.