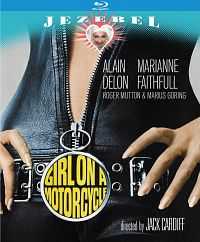 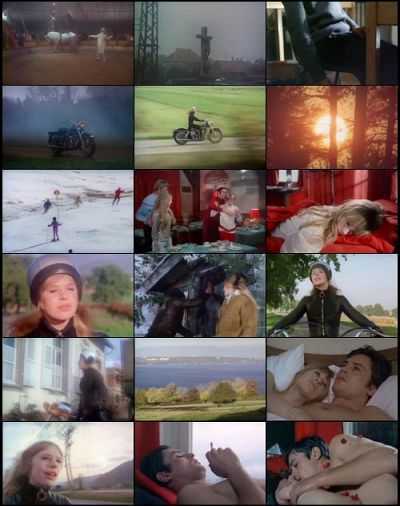 The Girl on a Motorcycle (French: La motocyclette), also known as Naked Under Leather, is a 1968 British-French film starring Alain Delon and Marianne Faithfull and featuring Roger Mutton, Marius Goring and Catherine Jourdan. It was listed to compete at the 1968 Cannes Film Festival but the festival was cancelled due to the May 1968 events in France. The Girl on a Motorcycle redefined the leather jacket for motorcyclists into a full body suit that Marianne Faithfull wore in the film. Newly married Rebecca leaves her husband’s Alsatian bed on her prized motorbike – her symbol of freedom and escape –to visit Daniel, her lover in Heidelberg. En route, she indulges in psychedelic and erotic reveries as she relives her changing relationship with the two men, before crashing into a truck at the end.