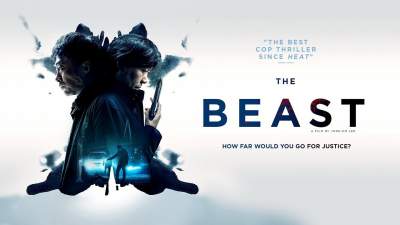 A pair of detectives find themselves in competition with each other as they race to solve the brutal murder of a schoolgirl.

Thanks to the runaway success of Bong Joon Ho’s awards magnet Parasite, it seems that the entire world has fallen in love with South Korean cinema and about time as well, with the country producing some of the most fascinating and brilliant films of the last two decades, it’s film-makers displaying a mastery of genres that should make Hollywood especially envious. This brings me to the subject of today’s review, the crime drama The Beast, a film that, while slightly better than some Western efforts, is far from the best that South Korean can offer.

The film, a remake of French crime drama 36, centres around the rivalry between Seoul police detectives Jung and Han who are both vying for the promotion to chief of the homicide department. Jung is your typical maverick cop who isn’t afraid to get his hands dirty if it means getting results. Han, on the other hand, appears to be a much more “by the books” detective, often more careful and keen to follow proper procedure, yet often making catastrophic errors in his desire to move up the chain of command, and often using underhanded tactics to aid him in his quest. The conflict between these two men is an engaging one, the pair’s clashing approaches to crime-solving merely serving as a cloak for a private battle of wits, each more than willing use whatever dubious methods possible to do so and scupper the other’s ambitions.