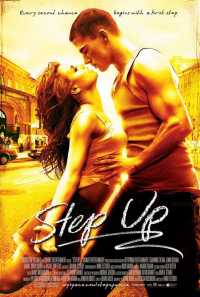 The plan was not to write about how good Step Up is 10 years later, honestly, because the plan was to write about the idea that Step Up was part of an early-aughts wave of urban dance movies, wherein “urban” was a euphemism for “skimming off the surface of black culture to give edge to a movie about white people”.

The early 2000s were a weird time in pop culture, when we celebrated a lot of trashy stuff that we would rip apart today: Justin Timberlake’s cornrow/bandana headband combo, the not-so latent homophobia in Superbad, the sexism percolating throughout Knocked Up.

But Step Up does not belong in that riff. Because, upon very close inspection on the occasion of this aluminum anniversary, Step Up is actually great. Really: it is so much better than it has any right to be. Think of all the dance movies that tried and failed, hard, where Step Up succeeded: Step Up is miles better than Honey, You Got Served, even the so-bad-it’s-lowkey-amazing Center Stage.

Maybe you haven’t given Step Up much thought in the intervening decade, or maybe your memory of the original has been marred by the aggressively terrible five sequels. Perhaps you are thinking, not incorrectly, that the likelihood of this teen dance movie from 2006, the year that brought you Snakes on a Plane, being anything less than cringeworthy now is very low.