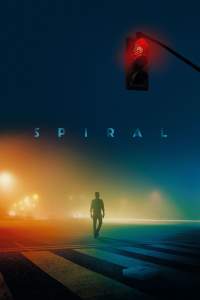 During a Fourth of July parade, an off-duty cop, Det. Marv Boswick, chases a thief down a sewer drainage pipe. Attacked from behind by a figure wearing a pig mask, Boswick wakes to find himself suspended by his tongue in an active subway tunnel and is given a choice via recorded message: tear out his tongue and live, or remain until the next train arrives, killing him. Unable to escape the trap in time, Boswick is hit by the train and killed. The next day, police chief Angie Garza assigns Det. Ezekiel “Zeke” Banks a new partner, idealistic rookie William Schenk. Banks and Schenk investigate Boswick’s death and Banks realizes this to be similar to the now deceased Jigsaw Killer.

Meanwhile, a homicide detective named Fitch – who several years prior had ignored a backup call from Banks, resulting in him nearly getting killed – is abducted and placed in a trap where he must rip his fingers off to avoid electrocution in a filling water basin; he also fails to escape and dies. Some officers begin to suspect that Banks may be responsible, due to his history with Fitch. A box then arrives at the station, containing a pig puppet and a piece of Schenk’s tattooed skin inside. A small vial inside the box directs the police to a butcher shop, which was previously a hobby shop that Banks and his father, retired chief Marcus Banks, would go to. Upon arriving, the team discovers a tape recorder and a skinned corpse, identified as Schenk. Deciding to track down the killer himself, Marcus travels to a warehouse, where he is abducted. Shortly afterwards, Garza is kidnapped, and placed in a trap in the precinct’s cold storage where she has to sever her spinal cord on a blade to stop hot wax flowing from a pipe onto her face; she manages to successfully do it but dies of her injuries, with her body found by Banks.