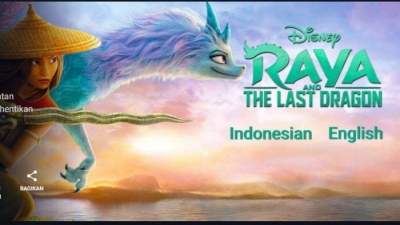 The prosperous land of Kumandra is ravaged by the Druun, threatening evil spirits that turn people and dragons to stone. Sisu, the last dragon, concentrates her magic into a gem and banishes the Druun, reviving Kumandra’s people but not the dragons. A power struggle for the gem divides Kumandra’s people into five tribes, based on their placement along a dragon-shaped river: Fang, Heart, Spine, Talon, and Tail.[6] Heart ends up holding the gem.

Five hundred years later, Chief Benja of the Heart tribe trains his daughter Raya to protect the gem. Firmly believing that the tribes can be united once again, Benja holds a feast for the leadership of all five tribes. During the feast, Raya befriends Namaari, the daughter of Chief Virana of the Fang tribe, who gives Raya a dragon pendant as a gift and tells her of a legend that the dragon Sisu still exists and can be summoned. Trusting her, Raya shows Namaari the location of the gem, but she betrays Raya as part of a plot to help Fang steal it. Alerted to the attack, Benja and the other tribes arrive at the scene and start fighting over the gem, which gets broken in the scuffle. As each tribe steals a piece of the gem, the Druun reawaken and overtake Heart and its people before spreading throughout the rest of Kumandra. Observing that the Druun avoid water, Benja saves Raya by throwing her into the river; she watches him get engulfed and petrified by the Druun.