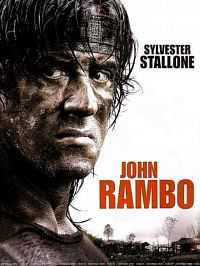 Rambo is a 2008 independent action film directed, co-written by and starring Sylvester Stallone reprising his iconic role as Vietnam veteran John Rambo. It is the fourth and final installment in the Rambo franchise, set twenty years after the events of the previous film, Rambo III. This film is dedicated to the memory of Richard Crenna, who played the character Colonel Sam Trautman in the previous three films, and who died of heart failure in 2003. The film is about John Rambo (Stallone), a hardened former Green Beret, who is hired by a church pastor to help rescue a group of missionaries who were kidnapped by men from a brutal Burmese military regime.