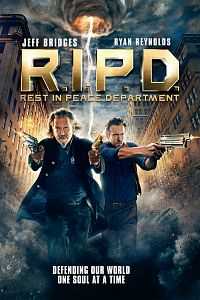 In the afterlife, Bobby Hayes, a detective who used to work for the Boston Police Department, is hired by a director of a group of deceased police officers to fight against the renegade ghosts. This movie is a waste of time; you’ve already seen it done before, and much better. Confusing and uninspired rather than completely inept, it’s still likely to be swiftly struck from the of all involved. Men in Black meets The Sixth Sense as a mumbling Jeff Bridges shows us what the Dude might have looked like if he were dead. Forgiving viewers (and Deados) may find some enjoyment in R.I.P.D. but the film is so choppy and half-baked that living, thinking, moviegoers are better off letting this one rest in peace.