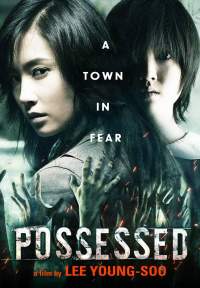 The film is based upon the events surrounding what became known as the ‘Watseka Wonder’. Using period photographs, dramatic recreations, and interviews with subject experts, it addresses what is allegedly the first well-documented and recorded spirit possession story in America of 1877, and the subsequent recorded “possessions” suffered by Lurancy.

Beginning in 2006, and using the assistance of members of the Studio Nine class of Watseka Community High School, The Possessed was shot on locations in Watseka, Illinois, in the actual homes of, and including interviews of, the remaining family members of Lurancy Vennum. The filmmakers included a repeat of an original 100-year-old séance, but were able to include modern measuring instruments. They also used footage of individuals themselves alleged to be possessed.