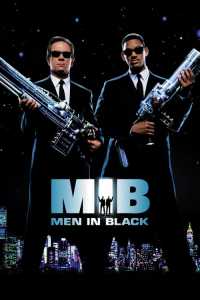 Just because two stars are brilliantly paired together in one movie, it doesn’t guarantee their chemistry will carry over to another. The rapport between Tessa Thompson and Chris Hemsworth in Taika Waititi’s “Thor: Ragnarok” became one of the recent highlights of the Marvel movies—Thompson played a world-weary fallen warrior against Hemsworth’s clueless and sometimes emotional Norse god. Their dialogue comically dug at one another’s failings and wounded egos. Many fans wished to see these two actors trade witty barbs once again, but the pair’s new movie, “Men in Black: International,” strips away just about everything fun from the duo except their on-screen presence.

The latest “Men in Black” sequel no longer follows Agents Jay (Will Smith) and Kay (Tommy Lee Jones), although their likenesses are one of the many Easter eggs sprinkled throughout “MIB: International.” Instead, there’s a new hero, Agent H (Chris Hemsworth) and his mentor, High T (Liam Neeson), in the middle of a daring mission on the Eiffel Tower. Inexplicably, the story then jumps to Brooklyn 20 years prior, where a young Molly (Mandeiya Flory) first sees the Men in Black and encounters her first alien. She grows up (now played by Tessa Thompson) obsessed with space and joining the Men in Black. She gets a lucky break from Agent O (Emma Thompson) and sets off for her first mission.