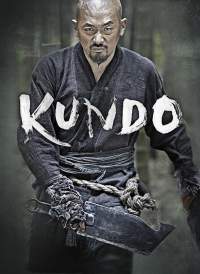 The year is 1862. The late Joseon dynasty was a period of social and economic unrest in Korea, and it was also a time of great tyranny. Due to continuous natural disasters and poor harvests, poverty, hunger and death are rampant. The aristocracy rule the country and, concerned only with their own wealth, they exploit and persecute the poor.

In these turbulent times, a band of fighters named Kundo rise against the authorities. They raid corrupt officials, then share their loot with the vulnerable and impoverished. While the king stands powerless against them, Kundo becomes a figure of fear to undeserving nobles, and a ray of hope in the lives of long-suffering citizens. The members of Kundo believe that their cause is more important than their own lives.