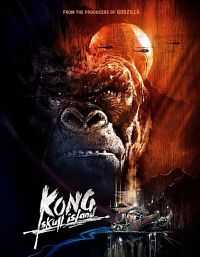 This film fully immerses audiences in the mysterious and dangerous home of the king of the apes as a team of explorers ventures deep inside the treacherous, primordial island. Audiences will turn out to see the old chest-beater once again as long as Kong is big enough and loud enough, even if there’s nothing beneath the surface of the story. King Kong lives! But only just. This is an uneven adventure that’s saved by the spectacle of its towering title character and the various beasts with whom he shares his island home.