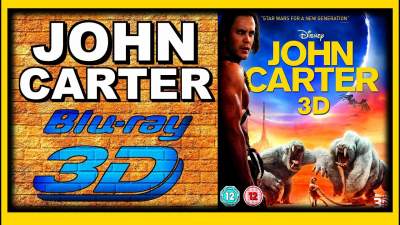 John Carter is an expensive, hugely advertised and CGI-heavy adventure film, and these days that pretty much guarantees it will be shown in 3D. Though the movie wasn’t shot in 3D, everything else in the movie is so cutting-edge that Disney is promising the best post-conversion 3D experience you can get on this one too. But if you buy a ticket to visit this version of Mars– oh, excuse us, Barsoom– do you need to pay the 3D surcharge as well?

That’s what we’re trying to figure out in the latest installment of To 3D or Not To 3D, in which we go down the list of all the things you look for you in your 3D movie experience and decide if John Carter fits the bill. We’re not judging the quality of the film here– you can read Sean’s review for that– but looking exclusively at the 3D to see how that part panned out. Read below for our thoughts on the 3D, and vote in the poll at the bottom to let us know which ticket you’ll buy.

Live-action films converted to 3D can be a crapshoot, though generally the more CGI that’s involved, the better the chances of it looking OK. John Carter is a large-scaled sci-fi epic in the vein of Avatar, which set the standard for modern 3D, but it’s also not as visually vibrant or as specifically tailored for 3D as James Cameron’s film. There are big action scenes with lots of depth and CGI characters that lend themselves well to the dimensions of 3D, but also dialogue scenes set in the dull, sandy desert that would be perfectly fine in 2D too. It’s not perfect for 3D, but it’s not especially meant for it either.