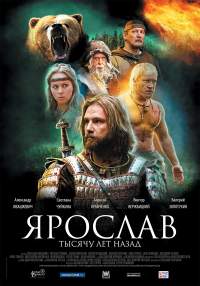 Dmitri Korobkin’s Iron Lord (2010) – or Yaroslav. Tysyachu let nazad in its native Russian – is just one in every of many latest historical epics to were released into an exceptionally saturated, straight-to-DVD market this 12 months, and aside from a few dazzling camerawork, crisp editing, and the accompaniment of a nicely plotted soundscape, Iron Lord fails to deliver on its promise of high octane action.

In the midst of Russia at some stage in the 12 months 1010, Russian Prince Yaroslav (Aleksandr Ivashkevich) regulations the kingdoms to the North of Kiev with an iron fist, conquering new lands and collecting taxes for his father, Grand Prince Vladimir. However, maintaining rule all through such bloody instances is a regular struggle as hordes of Barbarians ransack nearby settlements to enslave the ones match on the market. Yaroslav faces the unenviable mission of restoring peace to the vicinity in an attempt to in the long run enhance his power over it.

The opening of Iron Lord is observed via a complicated prologue that units in motion an overly complicated plot which does not anything however set up pointless confusion. Whether that is due to a negative translation from Russian to English or the end result of faulty writing, this introduction fails to serve its reason and in reality obscures the film’s tale.