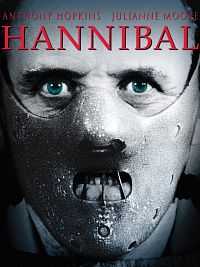 A decade after tracking down serial killer Jame Gumb,[a] FBI Special Agent Clarice Starling is blamed for a botched drug raid. She is contacted by Mason Verger, the only surviving victim of the cannibalistic serial killer Hannibal Lecter, who has been missing since escaping custody during the Gumb investigation. A wealthy child molester, Verger was paralyzed and disfigured by Lecter during a therapy session. He has been pursuing an elaborate scheme to capture, torture, and kill Lecter ever since. Using his wealth and political influence, Verger has Starling reassigned to Lecter’s case, hoping her involvement will draw Lecter out.

After learning of Starling’s disgrace, Lecter sends her a taunting letter. A perfume expert identifies a fragrance on the letter: skin cream with ingredients only available to a few shops in the world. She contacts the police departments of the cities where the shops are located, requesting surveillance tapes. In one city, Florence, Chief Inspector Rinaldo Pazzi is investigating the disappearance of a library curator. Pazzi questions Lecter, who is masquerading as Dr. Fell, the assistant curator and caretaker.

Recognizing Dr. Fell in the surveillance tape, Pazzi accesses the Violent Criminal Apprehension Program database of wanted fugitives. He learns of Verger’s US$3 million personal bounty on Lecter. Seeking the bounty, Pazzi ignores Starling’s warnings and attempts to capture Lecter alone. He recruits a pickpocket to obtain Lecter’s fingerprint to show Verger as proof. The pickpocket, mortally wounded by Lecter, manages to get the print and gives it to Pazzi. Lecter baits Pazzi into an isolated room of the Palazzo Vecchio, ties him up, disembowels him, and hangs him from the balcony.