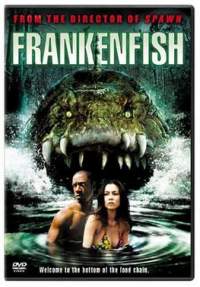 Remember a few short years ago when the news was rife with tales of carnivorous, Asian Snakehead fish turning up in some lakes in Maryland? I think the media feeding frenzy was more voracious than the actual fish in question. As I recall, the media made it out like the beginnings of an ecological cataclysm culminating in these ravenous fish that could also move around on land and breathe out of water for lengthy periods of time overtaking the American waterways and destroying outdoor life as we know it. Perhaps I’m remembering things with a bit more hyperbole than there actually was, but I do seem to recall the past few years featuring brief periods of media saturation proclaiming the apocalypse involving the dreaded return of Africanized killer bees, West Nile Virus, SARS, shark attacks, and, yes, Snakehead fish. Despite being a rather nasty nuisance for some, the Snakehead fish failed in their attempt to destroy the balance of nature in North American leaving the media to move on to the next panic button they could push.