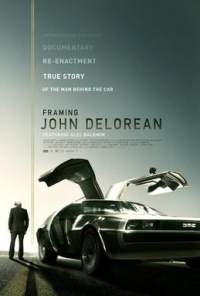 While the film is structured as a documentary with a number of involved people as interview subjects, and the film also features reenactments of certain important scenes of DeLorean’s story, it also features behind the scenes footage of the participants of the reenactment scenes with the crew; as well as providing their views on DeLorean out-of-character.

On review aggregator Rotten Tomatoes, the film holds an approval rating of 89% based on 47 reviews, with an average rating of 7.25/10. The website’s critical consensus reads, “Stranger than fiction and just as engrossing, Framing John DeLorean tells its incredible true story in appropriately freewheeling fashion. On Metacritic, the film has a score of 67 out of 100, based on 17 critics, indicating “generally favorable reviews”.