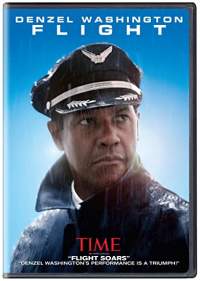 In October 2011, airline pilot Captain Whip Whitaker uses cocaine to wake up after a sleepless night in his Orlando hotel room, which he shares with Katerina, a flight attendant on his next flight, SouthJet Flight 227 to Atlanta. The flight experiences severe turbulence at takeoff. Copilot Ken Evans takes over while Whip discreetly mixes vodka in his orange juice and takes a nap. He is jolted awake as the plane goes into a steep dive. Unable to regain control, Whip is forced to fly inverted, before righting the plane to make a controlled crash landing in an open field in Clayton County, Georgia.

Whip awakes in an Atlanta hospital with moderate injuries and is greeted by his old friend Charlie Anderson, who represents the airline’s pilots union. He tells Whip that he managed to save 96 out of 102, losing two crew members and four passengers, but mentions his copilot is in a coma. Whip sneaks away for a cigarette and meets Nicole Maggen, a heroin addict recovering from a recent overdose. The next morning, his friend and drug dealer Harling Mays picks him up from the hospital.