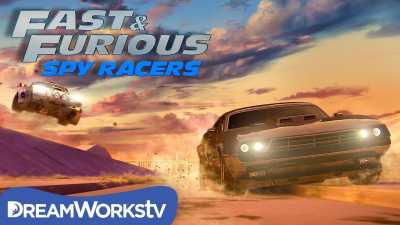 I first heard about Fast and Furious: Spy Racers, the animated Fast and Furious spinoff, in April 2018 and then promptly forgot about it because so much time had passed. But since it was released today, I gave it a whirl. It’s fun, colorful and lighthearted.

The story follows young Tony Toretto, who is Dominic Toretto’s (Vin Diesel) cousin. He’s confident and determined to prove himself as a real racer and good driver. Together, he and his team are recruited by a government agency to infiltrate SH1FT3R (I know),

which is an underground crime organization and stop it from achieving its goal of world domination.

Fast and Furious: Spy Racers is a children’s show. The jokes are clean, there’s no cursing and I’m not even sure the characters fire real bullets at each other; instead, the car-mounted guns pepper enemies with brightly colored paintballs.