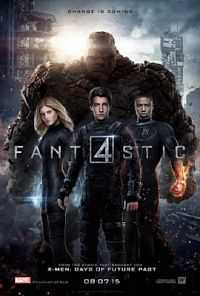 Maybe “Fantastic Four” is a cursed property, or maybe just one that shouldn’t be turned into a film? In any case, this new version, directed by Josh Trank, is the third major big screen attempt to tell the story of Reed Richards, Sue and Johnny Storm, Ben Grimm aka The Thing and Dr. Doom, the core characters in one of Marvel Comics’ most durable properties. The good news is, it’s short. The bad news is, it feels longer than an afternoon spent at the DMV—and at least at the DMV, you can pass the time by people-watching. There are no people to watch in “Fantastic Four,” only collections of character traits and attitudes brought fitfully to life by actors who might’ve mistakenly thought they were hitching a ride on the superhero movie gravy train by signing up for this misfire.