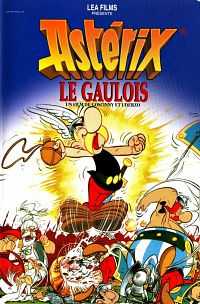 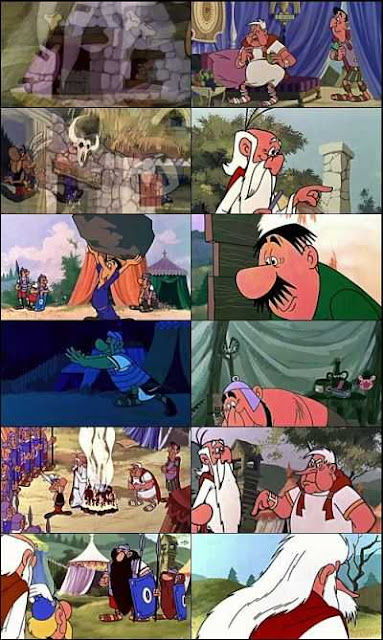 Asterix the Gaul is a 1967 Belgian/French animated film, based on the comic book of the same name, which was the first book in the highly popular comic series Asterix by Goscinny and Uderzo. The film sticks to the book’s plot very closely. It was originally planned to be aired on French television, but instead it was released as a theatrical feature film. It was produced by Dargaud, publisher of Asterix comics, without the involvement of Albert Uderzo and René Goscinny. Goscinny and Uderzo weren’t completely happy with the film, and they ensured they would take part in subsequent cartoon adaptations, such as the sequels Asterix and the Golden Sickle and Asterix and Cleopatra.