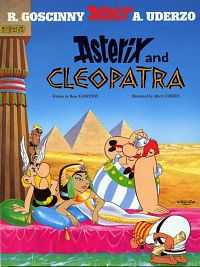 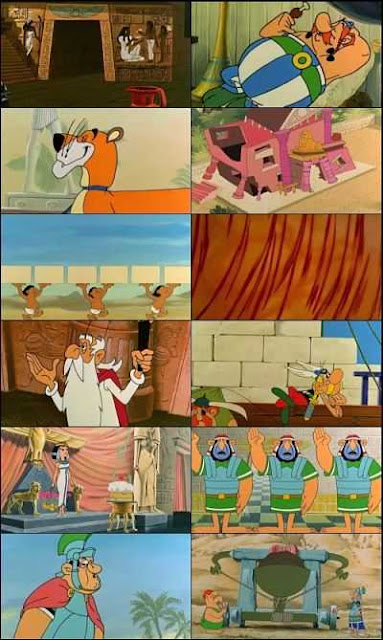 Asterix and Cleopatra (French: Astérix et Cléopâtre) is a Belgian/French animated film released in 1968; it is the second Asterix adventure to be made into a feature film. Overseen by Asterix creators Goscinny and Uderzo (who had no involvement in the production of the first film Asterix the Gaul), the film is noticeably more well-produced than its prequel, featuring far more detailed animation and a more polished soundtrack. Asterix and Cleopatra is practically a musical, featuring three individual song sequences and a more varied score than the earlier film. Elements of satire and surreal humour (such as Cleopatra’s singing lion and the engraving of Santa Claus on the pyramid wall) are prominent throughout.