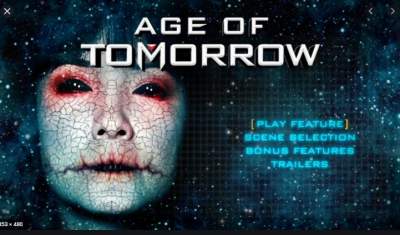 When a B-movie titled “Age of Tomorrow” quietly appears on home video just four days after Tom Cruise blockbuster “Edge of Tomorrow” releases in theaters, it doesn’t take Kreskin to divine that The Asylum is guaranteed to be behind it. The real revelation though, is that The Asylum is apparently still so drunk on the unexpected success of “Sharknado” (review here) that they don’t even pay attention to what it is they are mockbusting anymore.

Here is how the official synopsis of “Age of Tomorrow” reads on The Asylum’s website, Facebook page, YouTube channel, and IMDB summary: “When the sun strikes an altar hidden within the ancient Pyramid of the Sun in Mexico, it creates a beacon that triggers an alien blitzkrieg. Within hours, their ships destroy all the military infrastructure on earth. One anthropologist knows how to repel the invaders, but this secret is buried under the ruins of the Pyramid of the Moon – directly underneath the mothership.