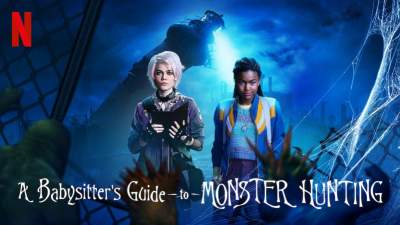 A Babysitter’s Guide to Monster Hunting is a 2020 American dark fantasy action adventure film directed by Rachel Talalay and distributed by Netflix. The film was written by Joe Ballarini and is based on his three-part book trilogy of the same name. It stars Tom Felton, Indya Moore, Tamara Smart and Oona Laurence.

The story follows a babysitter named Kelly Ferguson, who must embark on a mission to find the child in her care, who has been kidnapped by the Boogeyman. During this mission, she discovers that a secret society of children-protecting babysitters exist, as do an entire world of monsters, which she must fight.